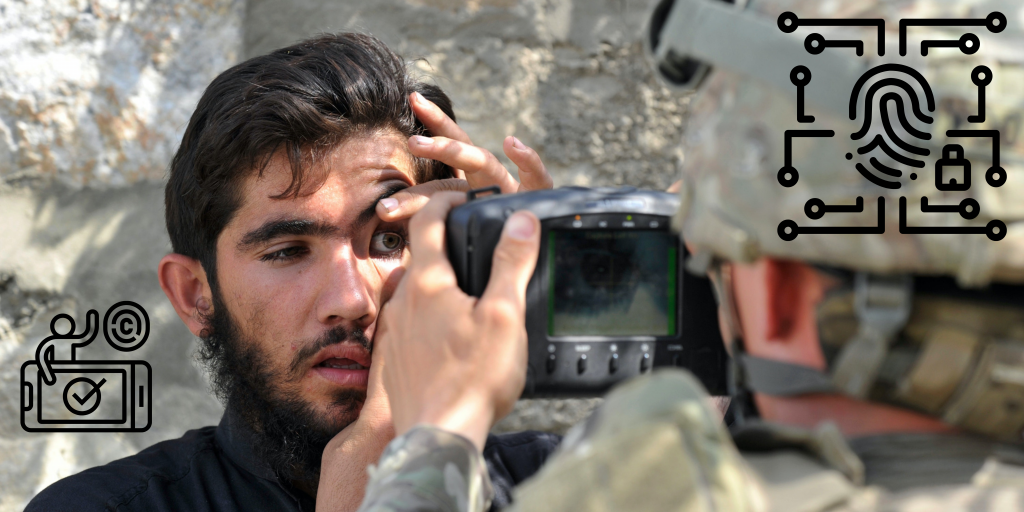 During the 20 year-long U.S. military invasion of Afghanistan, Afghans living in the region were subjected to extensive biometric data collections, in order to catalogue terrorists–as well as millions of Afghan civilians helping Western forces.

With the fall of the Afghan government to the Taliban in recent weeks, many fear that the Taliban could gain access to this data to target those who worked with U.S. forces. Although the Taliban have stated ‘blanket amnesty’ to those who have helped the U.S., mixed reports suggest that if the Taliban did have access to this information, they could use it for harm. U.S. Intelligence has assured that the Taliban don’t have the necessary tools to access the databases, although many believe they already have such access.

The threat of the Taliban possibly using this data to target civilians is part of a wider conversation about privacy and security and the ethics of gathering sensitive, personal information, especially in a war zone where such information can fall into the wrong hands. Chief technology officer of Human Rights First, Welton Chang noted, “I don’t think anyone ever thought about data privacy or what to do in the event the [HIIDE] system fell into the wrong hands.” However, ethical questions surrounding identifiable personal data collection have been on the radar of governments and large companies. One Intercept article noted, “The federal government has collected biometric data from Afghans despite knowing the risks entailed by maintaining large databases of personal information, especially given recent cyber attacks on government agencies and private companies.”

The question as to why U.S. forces collected information on civilians who helped their efforts in Afghanistan, as opposed to just the suspected terrorists also arises. It has created a greater sense of urgency to those in Afghanistan trying to flea due to their previous ties helping the U.S. during their 20 years of military occupation.