If you are looking for the Wikipedia of geospatial data, OpenStreetMap (OSM) is your platform. Steve Coast, who was a student at University College London at the time, initially introduced the idea of mapping a street with GPS by volunteers in 2004. Coast’s OpenStreetMap presented an alternative to the UK government’s expensive geographical datasets. With OpenStreetMap, geospatial data was able to be crowdsourced, providing free public access and agency to users to draw maps. OSM was so powerful because users no longer needed to rely on companies and governments that often practiced data gatekeeping (Bennett, 2010, 22). In other words, OpenStreetMap restructured the power relations that for so long determined who gets to represent the spaces we occupy.

OpenStreetMap does not use GIS software but its own, and it does so to make creating and editing maps easier for users. Unlike other online free mapping platforms in which immediate modifications are rarely allowed, OpenStreetMap can be edited by anyone. Thus, it comes as no surprise that OSM data is more frequently updated than any other online mapping software (Bennett, 2010, 26). Sometimes, when users are simultaneously editing the same location, the map may be conflicting. In such cases, OpenStreetMap enables users to compare and resolve mapping disputes. With constant updating by public volunteers, OpenStreetMap is the widest open source of geospatial information readily accessible to everyone, everywhere. 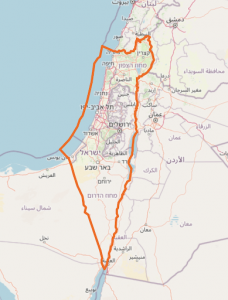 It is hard to deny that OpenStreetMap has democratized the mapmaking practice. Yet, when everyone is given the agency to create and change maps, another important question arises: How do we map out disputed territories? An interesting case study is the contested maps of Israel. Both Israel and Palestinian territories’ mapping approaches are contextualized by their nationalist views. A study in 2016 found there was a larger collective effort from Israel than their Palestinian counterparts. There is an Israeli OpenStreetMap community that resembles OpenStreetMap communities in Europe, that put together a collective effort to update geographical data. On the other hand, the Palestinians largely rely on temporary mapping efforts led by humanitarian organizations. 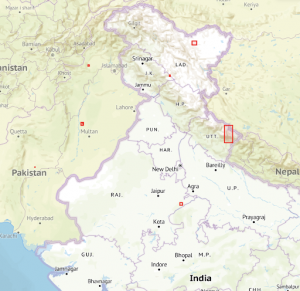 In the case of Kashmir, another disputed territory, the OpenStreetMap adheres to the Indian perspective of the boundaries. The borders between Pakistan-administered territories of Kashmir and Pakistan appear thicker than the borders between Indian-administered territories and India. In response, some online users contended the map is making the Pakistan-controlled areas appear as international territories and Indian-controlled areas to be rightfully under India’s sovereignty.

In Ukraine, amidst the ongoing war, the Ukrainian OpenStreetMap community pleaded with volunteers to refrain from editing the Ukrainian map until the war was over. Updating the locations of key infrastructural facilities may be helpful to the Ukrainians, but that information can also be easily accessed by the Russian military. Ukraine’s local OpenStreetMap community is also wary of online users applying their political stances to represent geographical data. Open-source maps have been playing an important role since the beginning of the Russian invasion. Back on the first day of the Russian invasion on February 24, 2022, Professor Jeffrey Lewis at Middlebury Institute of International Studies in Monterey, California had already spotted a suspicious “traffic jam” on the road from Belgorod, Russia to Kharkiv, Ukraine via Google Maps. One of his graduate students, Steven De La Fuente, monitored a buildup of military vehicles and weapons on high-resolution images from a commercial satellite. Putting the two pieces of information together, they predicted the invasion of Ukraine hours before Vladimir Putin announced the start of military operations. As the war continues to unfold, different research institutes are partnering up with government agencies to monitor the war through satellite imagery and open source maps. For instance, just recently on August 26, 2022, researchers at Yale University discovered 21 “filtration” sites in the Russian-controlled territory of Donetsk ​in eastern Ukraine. Yale is using its geographical data to raise awareness about the human rights violations happening at the sites.

The cases of Israel, Kashmir, and Ukraine show how decentralizing the mapmaking authority to the public can heighten the tension surrounding territorial claims and how they are represented online. Beyond territorial disputes, information asymmetry is another issue that OpenStreetMap is trying to improve on. Urban areas may have greater coverage than less urban areas (Bennett, 2010, 27), especially in developing countries. To fill in the gap, OpenStreetMap relies on local cartographers to arrange their own geographical data. For instance, a group of Malian youths has been using OpenStreetMap to update the geography of Mali’s capital city Bamako. Until recently, Bamako was not properly mapped out in many web maps. The lack of geographical data presented obstacles to planning public infrastructures and hampered the mobility of people who rely on asking for directions to get around. Amadou Menta and his team members are now mapping gutters, bus routes, and other essential locations to improve the living quality of Malians. 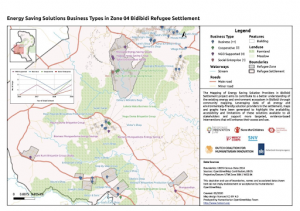 Like Menta, some OpenStreetMap teams work on applying their geographical data for humanitarian purposes. Most notably, the Humanitarian OpenStreetMap Team, also known as HOT, manages several mapping projects in areas of migration, climate resilience, gender equality, and public health across the world. One of their ongoing projects with USAID works to utilize geospatial data to minimize the risks of zoonotic viral disease spill-over. Two years ago, HOT completed a project with Save the Children and Response Innovation Lab which provided energy-saving solutions to refugees in northern Uganda. With HOT, OpenStreetMap is pioneering the creation of communities that believe in the positive impact of geospatial technology to deliver economic development and humanitarian aid.

OpenStreetMap remains a work in progress, and it was created to inherently make geographical data constantly updated as the world evolves. Although democratizing cartography has not completely freed OpenStreetMap from social controversies and global power politics, it offers us the tool to construct and utilize geospatial data for the greater good of society.