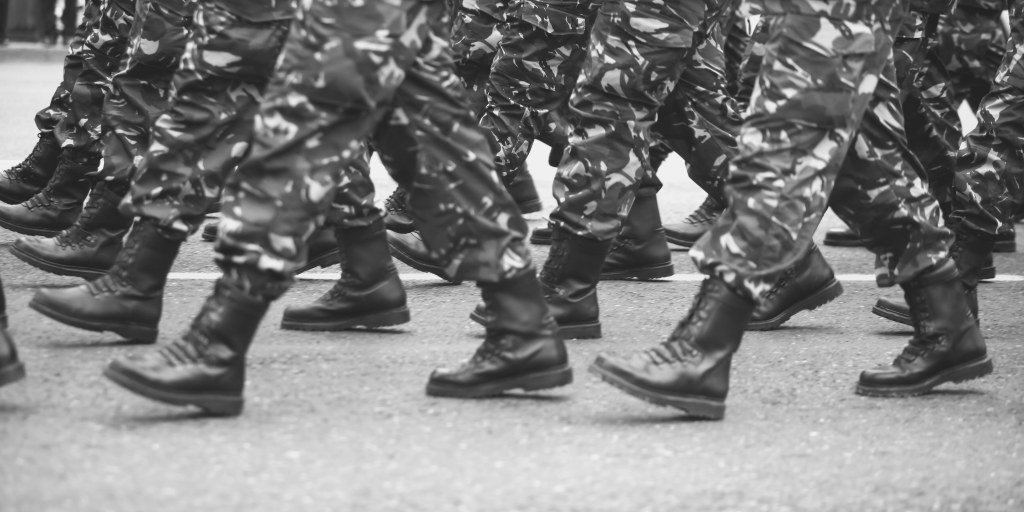 The history of geography is also a history of warfare, and there has historically been no greater determinant of a war’s outcome or its aftermath than through a geographic lens.The Russian invasion of Ukraine is taking place during an era of unprecedented advances in telecommunications and machine connectivity. Satellite maps and geospatial technology which have previously been available to governments and militaries only are today accessible to civilians from anywhere in the world, with an active and growing open source intelligence (OSINT) community utilizing high-resolution satellite, radar, and drone imagery, as well as tools like Google Maps and open-source software to alter dynamics and shift narratives in the ongoing conflict.

An early morning tweet on February 23rd from disarmament expert Dr. Jeffrey Lewis seemed to confirm that a Russian invasion of Ukraine – which had been imminent for weeks – was then in motion. Dr. Lewis posted screenshots captured from Google Maps around 3:15am indicating what appeared to be a major “traffic jam” on a road from Belgorod, Russia, with vehicles appearing to be headed into Ukraine. Graduate student Steven De La Fuente began monitoring high-resolution images of the area from commercial satellites after coming across Russian TikTok videos showcasing the arrival of heavy artillery and military vehicles in the border town. What was striking about the findings from this team at the Middlebury Institute of International Studies in Monterrey, California was that they hinged on data from a navigation app used by over one billion people a month. The level of geographic precision and detail now available was unthinkable to most people during the 2003 U.S. invasion of Iraq, with computing power making significant leaps even since Russia annexed Crimea in 2014.

In addition to viewing military operations from afar, access to these tools has also placed the OSINT community in the middle of an information war. Just a couple weeks earlier, when Russia claimed to be drawing down troops at the Ukrainian border, hi-res satellite images clearly showed the opposite, with this data widely shared outside of official channels. Putin and the Kremlin lost some credibility over the falsehood while non-governmental OSINT analysts became players in an active conflict, changing the terrain and countering propaganda as it was being touted.

There are also serious questions about information security and the use of geospatial data as technologies and the internet become increasingly decentralized. Much of the reporting on the invasion by major news outlets, such as CNN, has relied on social media posts from TikTok, Telegram, Instagram, and other platforms. With the amount of material being shared and parallel battles for the narrative intensifies, it is becoming dangerously difficult to verify the often visceral and harrowing footage being spread.

Social media users all over the world have since been reposting flight tracking maps and comparing data from various location services and satellite imagery, completely unmitigated by mainstream media outlets or governments. However, after consulting with regional authorities who were concerned for the safety of Ukrainian people on the ground amidst the invasion, Google temporarily disabled the live traffic for Ukraine. The tech giant recently announced it was pausing all new edits to maps in Ukraine made after February 24th. And in response to a debunked story that Russian insurgents were tagging airstrike locations in Kyiv and other areas on Google Maps, a Google spokesperson stated, “Out of an abundance of caution, we are removing user contributions like photos, videos, reviews and business information and all user-submitted places from Google Maps in Ukraine, Russia and Belarus since the invasion began, and are temporarily blocking new edits from being made.”

The Russian invasion of Ukraine unfolding today is not the first instance of large tech companies at the center of geopolitical conflict. In 2010, a misplaced border demarcation between Nicaragua and Costa Rica on Google Maps not only generated a flare up in tensions that nearly came to violence, but reignited a century-old conflict over rights to use a canal through Nicaragua. In 2017, a data visualization heat map from the fitness app Strava inadvertently revealed the locations of U.S. military stations in the Middle East as soldiers uploaded and shared their exercises to the cloud.

While technology reveals so much, there are always limits to its reliability, as demonstrated by a simple experiment conducted by a German performance artist. The artist pulled a wagon of 99 smartphones through the streets of Berlin, and the dreaded red traffic line on Google Maps was activated wherever he went, despite streets being nearly empty of vehicles. His performance showcases some of the potential pitfalls of over-reliance on OSINT tools and tech platforms that largely collect and react to quantitative data. While data can be invaluable in decision-making, there is always the possibility of such data being misinterpreted or misapplied without other observations and nuanced context.

Relying on models or data is often not enough, even with incredibly sophisticated technologies of today. The U.S. military targeting the wrong vehicle in a drone strike in Kabul just last year exemplifies that deadly mistakes still occur. If left unchecked, algorithms that govern much of the software can often get it wrong or misdirect analysts. While it’s impossible to know at this point exactly whose phones were providing the GPS information for Google Maps on the morning of February 23rd at the Ukrainian border, whether it was Russian troops advancing or civilians fleeing, these technologies are often only giving us a bird’s eye view of real and dangerous events on the ground.