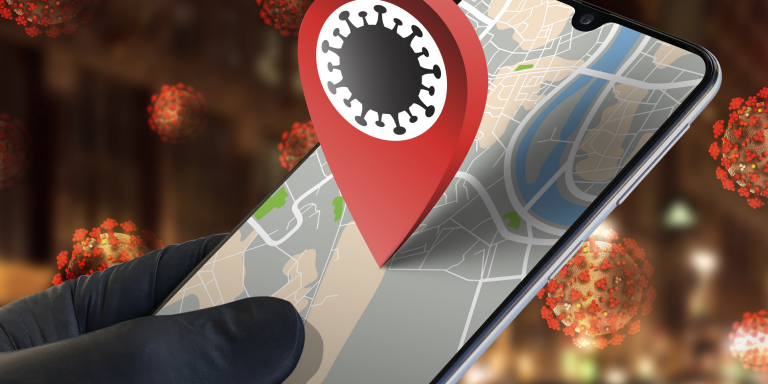 COVID-19 has brought on a number of ethical challenges in harnessing mobile data for contract tracing purposes. There is a heightened interest around the world in using location data, specifically held by companies like Google and Facebook, to track individuals with coronavirus in order to understand how effective social distancing measures can be, as well as notify other people when they get too close to other individuals with the virus.

The use of cell phone location data for various purposes has been one of vigorous debate for at least a decade, but the pandemic has had governments scrambling. For example, the European Commission has asked that phone carriers supply anonymized mobile location data; South Korea has created a map that is available for public consultation where people can see who has tested positive for the virus; the Israeli government has also passed regulations to address the use of location data from cell phones.

Location data is more than just the Global Positioning System (GPS). The use of GPS makes up just one way of finding out where a device is located, however there are many other ways that provide different levels of precision which can be used for a multitude of purposes. Your location data can be collected and analyzed using satellite GPS via smartphones, measuring proximity to cell towers and wifi networks, and Bluetooth beacons.

Health agencies have been interested in utilizing location data for the tracking of diseases for a long time because people’s movements can allegedly be effectively traced with the movement of their devices, with certain exceptions. But the ethical and privacy concerns attached to the use of location data is consequential.

What are the ethical considerations of privacy that should be taken into account? According to researchers Jordan Frith and Michael Saker, there are a few issues. They argue companies that say they anonymize data are often not actually anonymizing data and that such data is “not always representative and can exacerbate inequality.” Lastly, they argue that location data is a key part of the “extension of the surveillance state.”

In October 2020, Jonathan Albright, Director of the Digital Forensics Initiative at the Tow Center for Digital Journalism released results from his study of the “pandemic app ecosystem” consisting of 493 COVID-related iOS apps. Out of the 493 apps, 359 dealt specifically with “contact tracing, exposure notification, screening, reporting, workplace monitoring, and COVID information from public health authorities around the globe.” His analysis showed that only 47 of those 359 apps used the privacy-friendly notification system, which only uses Bluetooth data collection. On the other hand, Albright found that at least 85 percent of the pandemic-related  iOS apps were able to request any privacy permissions they desired. Some 59 percent were asking for a user’s location while in use and 43 percent were tracking a user’s location at all times. Additionally, at least 44 percent of COVID apps using iOS had asked for permission to use a phone’s camera, 22 percent asked for access to a phone’s microphone, 32 percent asked for access to photos, and 11 percent asked for permission to access contacts.

“It’s hard to justify why a lot of these apps would need your constant location, your microphone, your photo library,” said Albright. He warned that the use of private data can inevitably end up out of our control and we won’t know where our data is going and who is collecting it.

Activists have noted time and time again that wholeheartedly embracing digital contact tracing can strengthen the surveillance state in an unprecedented way, and privacy protection regulations are more than necessary. As the history of surveillance has suggested, trying to reverse surveillance technologies can be extremely difficult, as the post-9/11 era demonstrates: much of the technologies of the surveillance state imposed after 9/11 still remain more than two decades later. Although an optimist might believe the location data collection sanctioned by the government through contract tracing can and will be eliminated after the end of the pandemic, it is much more likely, given the history of surveillance in this country, that these technologies of location data collection will remain in place and become entrenched as a “normal” aspect of life.