Released on April 30, 2021, Apple AirTags were created to help keep track of items by allowing auditory pings to be sent to the tag or having the tags location connected to Apple’s “Find My Friends” app. Measuring 1.36 inches in diameter, 0.21 inches high, and weighing only 0.39 ounce, the tags are small enough to be attached to items such as keys or backpacks.

While this piece of technology can be very handy, unintentional consequences were quickly discovered. Earlier this year, I remember seeing TikTok videos where women spoke about hearing chimes and receiving a notification on their phone that an AirTag had been found moving with them–they were being stalked. I had not heard about AirTags until viewing these videos and became concerned with how this new technology was being used. 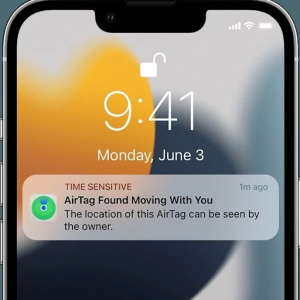 Some groups voiced their concerns early on, but the issue only began being taken more seriously in January 2022, when Sports Illustrated model Brooks Nader spoke about being tracked by an AirTag after leaving a bar. After Nader spoke out, Apple released a statement about how the company will work with law enforcement and release software updates so people are better notified when an AirTag is tracking them.

Motherboard, the tech branch of Vice, requested records mentioning AirTags from dozens of the largest police departments in the country over a recent eight month period. Records were obtained from eight departments. There were 150 reports mentioning AirTags; 50 of these were cases where women called the police because they were being tracked by an AirTag they did not own. 25 of these women could identify a man who they strongly suspected to have planted the AirTags to stalk and harass them. Most cases involved exes. Only one case of the 150 reviewed records came from a man, who suspected his ex-girlfriend of tracking him. 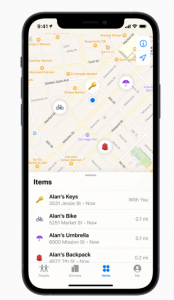 While AirTags are not the only physical location trackers out there, such as Tile, they are more user-friendly and convenient for a mass market. Location stalking is no new issue however; about 1 in 6 women have experienced stalking in their lifetimes. AirTags do not require a stalker to have a complex understanding of technology to use and can be easily placed under a car or in a purse. A piece in the New York Times demonstrated how even when someone’s phone alerts them of an AirTag traveling with them, the sound that is supposed to be played does not always work, and that it can be seemingly impossible to locate the AirTag.

In May 2022, a bill to criminalize the use of electronic tags for tracking people without permission was submitted to the Ohio House. Sponsored by Rep. Emilia Strong Sykes (D) and Rep. Tom Patton (R), bill HB672 aims to amend section 2903.211 of the Revised Code to prohibit anyone from, “knowingly installing a tracking device or application on another person’s property without the other person’s consent.” In January, similar legislation was proposed in Pennsylvania. At least 19 states have laws against electronic tagging. How these bills will help reduce stalking instances with the aid of technology is yet to be determined.

Read here to learn more about the responses to women being stalked by AirTags.

6 thoughts on “Apple AirTags and Stalking”