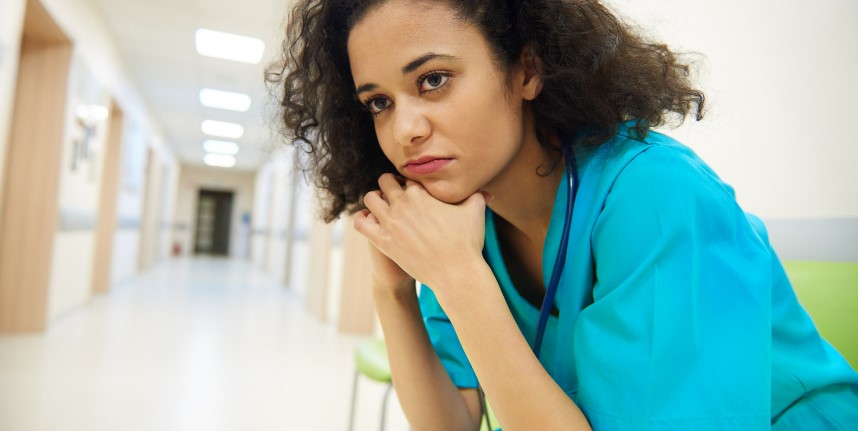 With over 118.4 million monthly users in the United States, and a 56% share of the market among mobile users, Google Maps is without a doubt the United States’ most dominant navigation service. However, a new analysis by Bloomberg has found the platform routinely misleads people searching for abortion providers and clinics. When users search the words “abortion clinic” in Google Maps, nearly a quarter of the top 10 search results, on average and across all 50 states including Washington D.C., belong to crisis pregnancy centers. Crisis pregnancy centers, or CPCs, are a type of non-medical organizations with a mission to encourage women to go through with their unwanted pregnancies. In 13 states, including Arkansas, Idaho, and South Carolina where the procedure is recently limited, five or more of the top 10 results were for CPCs rather than abortion clinics.

Since the U.S. Supreme Court overturned Roe v. Wade in June of 2022, abortion has been criminalized in 10 states, while 4 others have put time limits on the procedure. In some states, including Texas, asking someone for help accessing an abortion could legally implicate that person; thus, many have turned to Google as a much safer resource. However, the tech giant has failed to eliminate inaccurate results in their Maps platform.

The abortion search result problem is already a subject of political debate. In June, Democratic lawmakers called upon the company to provide accurate results to people seeking abortions. A month later, over 15 Republican state attorneys general sent a letter to Alphabet CEO Sundar Pichai to demand that Google “not discriminate” against CPCs in search results for people looking for abortion services. 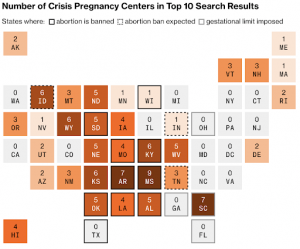 Medical doctors and reproductive health advocates have taken the stance that if this issue is allowed to fester while public debate rages on, it could lead to real-world harm. According to Allsion Cowett, Medical Director of Chicago-based Family Planning Associates, “If Google is a pro-science organization, or even just neutral, they would not want to lead people to these places with false advertising that can be harmful to their lives.”

In order to better understand the implications of Google Maps providing inaccurate results in much of the country, Bloomberg spoke with 33 abortion care providers, reproductive justice experts, as well as women who used Google Maps to seek an abortion and to which were then directed to CPCs. They alleged that CPCs engage in deceptive practices, including the use of imagery to signify medical expertise – such as white lab coats and waiting room areas – despite not having any medical licenses.

CPC websites are difficult to distinguish from those operated by legitimate health clinics, offering free pregnancy tests, ultrasounds and appointment bookings. Once women are inside however, sources report the centers having relayed misinformation about abortion procedures, including the risk to life, risk of breast cancer, risk to mental health, risk to future fertility, and fetal pain.

According to Bloomberg, the indicators  within their data set show that Google knows enough about businesses to differentiate between CPCs and abortion clinics. During Bloomberg’s analysis, they found 124 of the 510 results – around a fourth of the data set – were CPCs. Of the 149 Google Maps results that had at least one word referring to medical healthcare in its description, such as “women’s health clinic,” “free clinic,” or “medical center,” a third of them were actually CPCs rather than medical clinics that provide abortions. However, the hundreds of Google Maps results described as an “abortion clinic” on the platform were indeed abortion providers.

In response to Bloomberg’s questioning, Google announced it works hard to surface relevant, accurate business results and helps users find what they’re searching for. A company spokesperson pointed out their policies against businesses misrepresenting themselves on Maps and Search, and said that Google works to remove listings as quickly as possible when they’re found to be violating these policies. The spokesperson also noted that people can report misleading places for removal from the platform. According to Cindy Cohn, Executive Director of the internet rights advocacy group, Electronic Frontier Foundation, it is wrong to suggest that this issue is a question about politics, and is “instead about whether Google should be ethically responsible to take steps to protect its customers against misleading search results.”